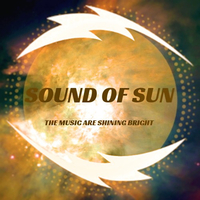 Now it is official, good sound does not inevitably come from the States or Europe. The proof comes from Sound Of Sun, an Egyptian producer and artist who has dedicated himself to the Deep and Tech House.

He delivered his debut album on 11/11/18 and shines with a great sound that mixes the modern with oriental influence. It’s not just some normal sound, no, it’s soundtracks that every film studio and filmmaker should keep in mind. A whopping 10 tracks are available on the new disc and there are still far more in the drawer.

But who is Sound Of Sun anyway?

A 26-year-old man born in Saudi Arabia, who came to Egypt as a child with his parents and began learning his musical skills at the tender age of six and he continued to refine it. The piano had done it to him. After occasional interruptions, which was due to the school, he quickly decided to establish himself as an artist. He had a dream that he pursues today and threatens to continue to be reality.

After a little practice, he started producing his first house tracks. He also mixes and masters them all himself. His tracks enchant you and take you away to distant places. They are made to dream and tell stories like no one else can believe.

If you’re into Deep and Tech House, Sound of Sun will not be over. These tracks must be heard and ready to handle.

The record company Battl Victory Records and the publisher Battl Victory Publishing have recently taken care of that. In over 300 online stores worldwide, the album is available for download and streaming, as well as on Facebook and Instagram for use in videos and stories.

In the house own shop you will also find. Merchandise included.

If you have not heard and read about Sound Of Sun before, you will do so more often. A new star producer has come to stay and to enchant humanity.

It’s a must to follow such a talented music producer in the social media. If you are interested in using the tracks, please contact the publisher and the record company and info@battl-victory-records.com.

Crowdfunding for the biggest nomad tent in the world