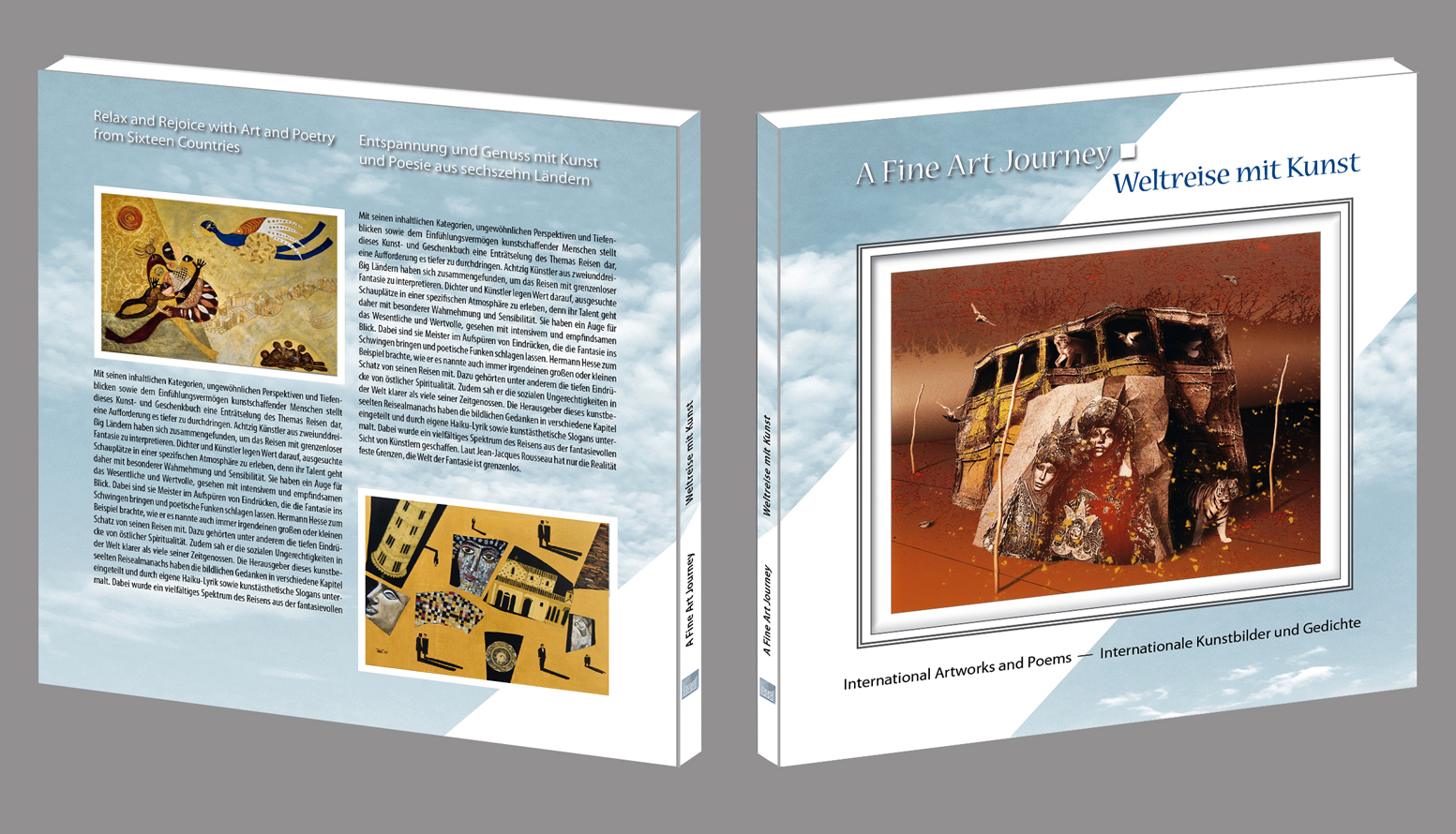 Art and Poetry from Thirty-Five Countries

With its purposefully structured content, unusual perspectives, and deep insights, and incorporating the sensitivity of people who create art, this art and gift book unravels the subject of traveling and invites readers to examine it in more depth. Eighty artists from thirty-two countries have come together to interpret traveling with their boundless imagination. Poets and artists are interested in experiencing selected places with a specific atmosphere, because their talent is based on their special power of perception and their sensitivity. Most of them are experts at zooming in on impressions that move their imagination and lead to the release of poetic sparks. Whenever Hermann Hesse went on a trip, for example, he brought home what he referred to as “some large or small treasure”. These treasures included the deep insights he had gleaned from eastern spirituality. He also had a clearer understanding of the social injustices in the world than many of his contemporaries. The editors of this art-imbued travel almanac have divided the underlying visual ideas into different chapters and illustrated them with their own Haiku and slogans from the world of aesthetics. The imaginative perspective of the featured artists has led to a broad spectrum of traveling. According to Jean-Jacques Rousseau, only the world of reality has its limits, while the world of the imagination is boundless.

Art and Poetry from Thirty-Five Countries

You can order and buy the book worldwide in the book trade and also on Amazon as well as in other internet bookshops:

As part of the book project, an international jury presented 16 awards. The award-winning paintings can be viewed at www.enterintoart.com The winning artists were also rewarded by being featured in blog entries on the German website www.meditaterra.de, and the top four paintings appear in the books cover design (cover, back cover, and title page).