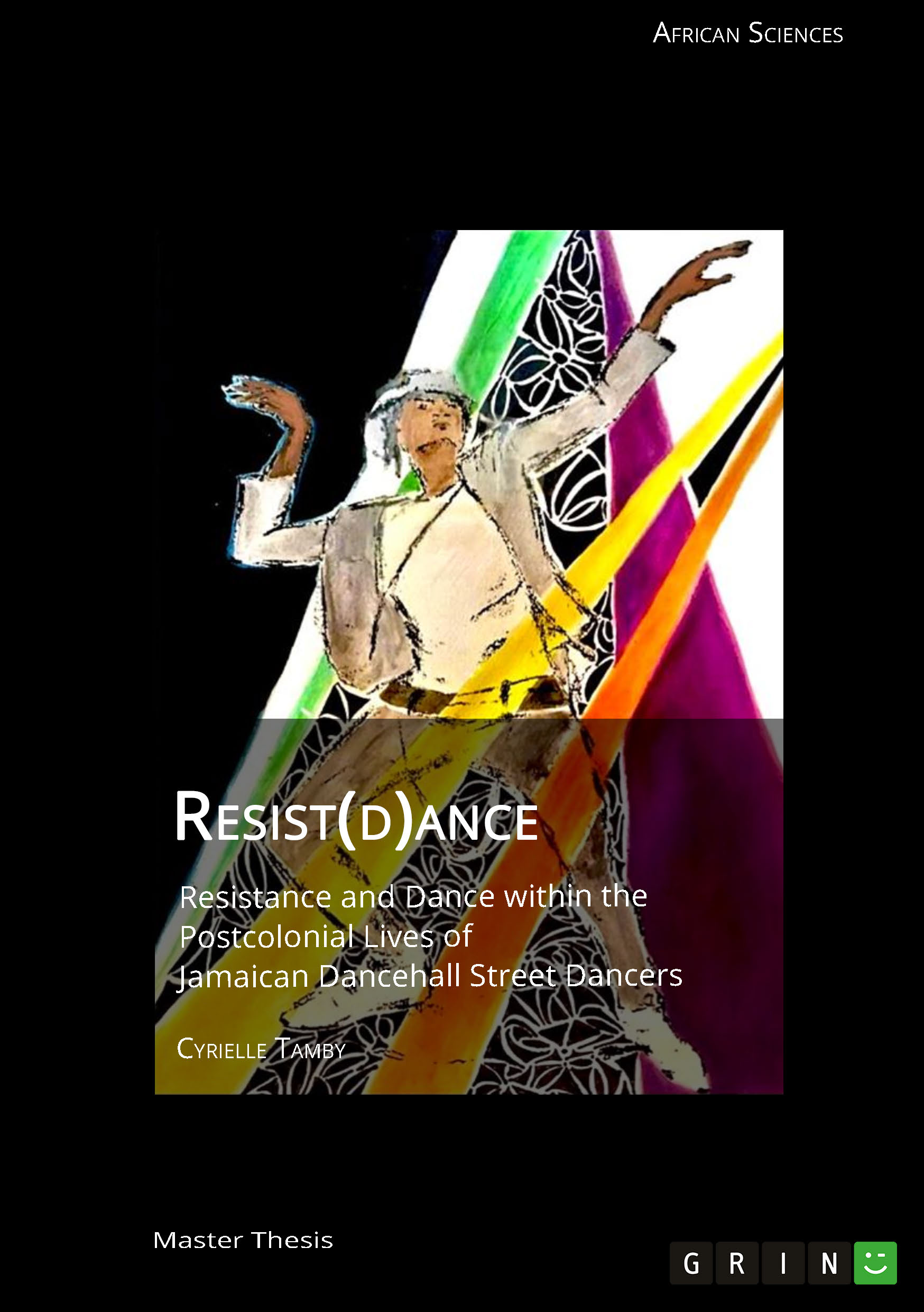 Dance can fulfill a variety of different functions both for a society and its individuals. This becomes especially obvious within the current climate of racial issues, as well as the globalization of afro diasporic music and dance styles. In her book “Resist(d)ance – Resistance and Dance within the Postcolonial Lives of Jamaican Dancehall Street Dancers”, Cyrielle Tamby explores the meaning of such social practices to black cultures like Jamaican Dancehall.

Jamaicas independence was first recognized in 1962, and since then there have been various attempts to establish its national identity. This has included fights between the black ghetto communities and the white and brown middle class considered to be privileged. Political parties have supported the two factions by providing guns and other favors and a racial war seemed inevitable. During this time, many Jamaicans had to suffer the results of crime and poverty following its independence from the British Empire.

The problem with the Jamaican motto “Out of many one people”

The majority of Jamaican subgroups feel that the motto promoted by the national project of creolism silences their individual cultural identities rooted in the daily experience of unemployment, poverty, violence and discrimination for being too black in a society driven by colorism. The genre and lifestyle of Dancehall has become a way for the marginalized people to connect and rebel against attempts to promote a colorblind national identity. In “Resist(d)ance”, Cyrielle Tamby shines light on various practices of resistance established intentionally or non-intentionally in the Dancehall community such as the organization of Dancehall street parties, the use of transnational diasporic networks , Western sex tourism and the role of social media to challenge stereotypes and construct a new black identity. With the help of personal experience, the author offers insight on what it means to be Black and Brown in Europe, while also revealing how Caribbean perspectives on creativity and performance are helpful in processing structural racism. Her findings are particularly relevant for anyone interested in postcolonial theories, performance studies, dance and sociology.

Cyrielle Tamby was born and raised in Paris, has a MA in Sociocultural Studies and now works as a diasporic researcher, as well as a diversity & inclusion officer and dancer. She has travelled to Jamaica regularly to attend dance workshops and conduct her academic research with Jamaican scholars. In 2017, she published her first book titled “Welches Geschlecht hat Dancehall”, which deals with how gender relationships are portrayed in dancehall.

Free reading samples can be obtained from GRIN Publishing. Please refer to presse@grin.com