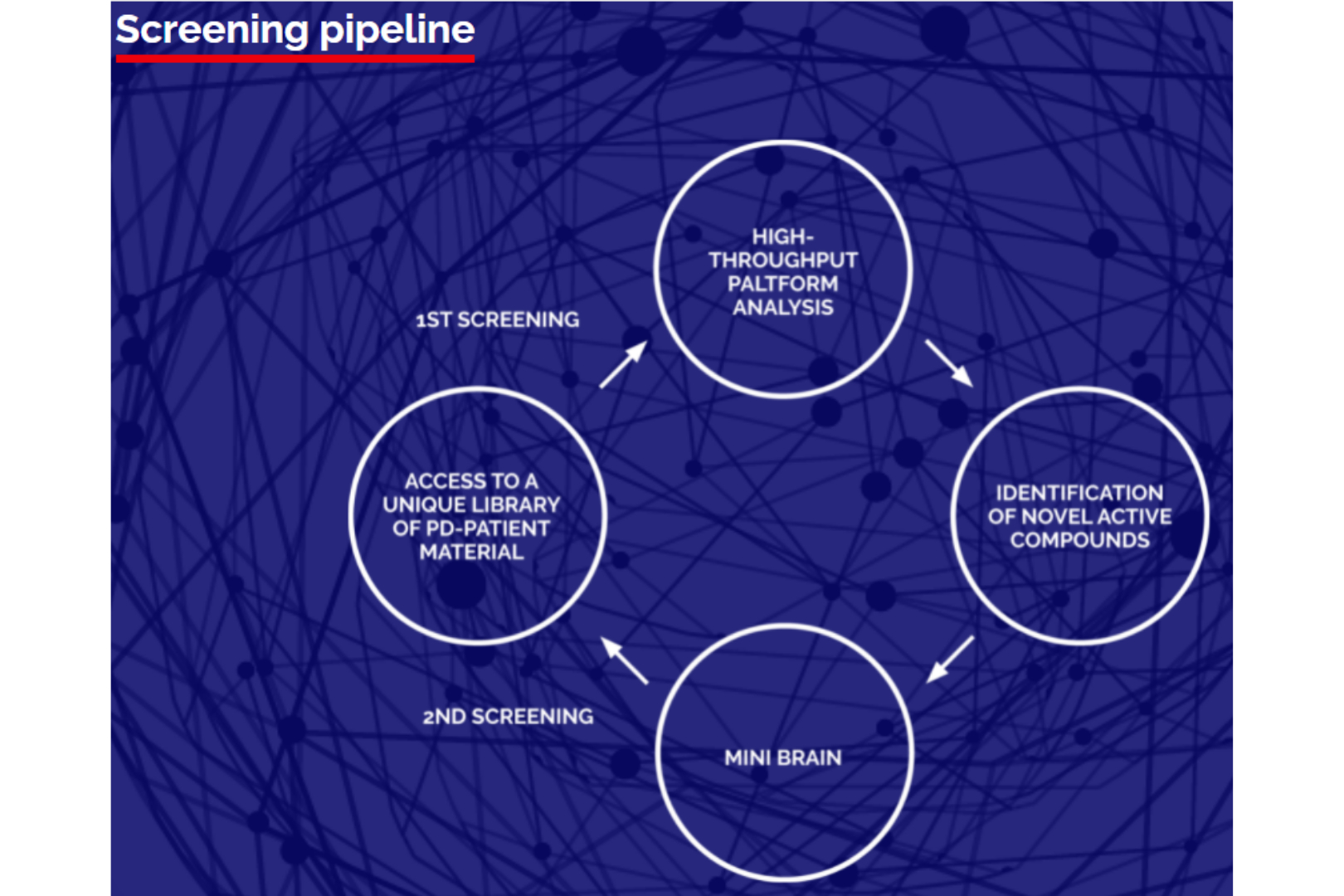 Jens Schwamborn and his partner Javier Jarazo founded Organo Therapeutics, an offshoot of the University of Luxembourg / Luxembourg Centre for Systems Biomedicine (LCSB). The two scientists are developing 3-D mini-brains specifically for the midbrain from stem cells of people with Parkinson’s disease. The mini-brains used are intended to help in the development and research of new drugs for Parkinson’s.

We wanted to know more and asked Jens Schwamborn:

WHAT EXACTLY IS PARKINSON’S?

Jens Schwamborn: Parkinson’s disease, in technical terms Morbus Parkinson, is a disease of the central nervous system. The characteristic feature of this disease is the slow death of dopamine-reproducing nerve cells in the midbrain. Typical symptoms are movement disorders such as slowing down of movements, stiff muscles, trembling as well as an unsteady posture.

HOW IS PARKINSON’S TREATED?

Jens Schwamborn: At present, Parkinson’s is still considered a degenerative, incurable disease. Affected patients only have a cocktail of drugs at their disposal that only treats the symptoms but does not prevent the disease from spreading. Particularly in the case of advanced disease, more and more drugs must be taken at increasingly shorter intervals.

WHAT DOES THAT HAVE TO DO WITH ORGANO THERAPEUTICS?

Jens Schwamborn: The goal of Organo Therapeutics is to develop new therapies that prevent the death of nerve cells and nerve fibers, thus slowing down the course of the disease and improving the quality of life of those affected. The new therapy targets nerve cells directly.

WHAT DOES YOUR WORK LOOK LIKE?
Jens Schwamborn: Living skin cells are taken from affected patients. These are treated with certain substances and thus converted into stem cells. These can then be used to form other cell types, such as neurons. It is precisely this cell type that is of great importance for research into Parkinson’s disease. From the neurons grown in Petri dishes, 3D organoid structures, so-called mini-brains, can be developed. Although these cannot reproduce all the functions of a real brain, they do share some similarities in structure when compared to a full brain.

WHAT IS THE ADVANTAGE OF THIS APPROACH?

Jens Schwamborn: The greatest advantage of this working method is that cells from diseased individuals are used, enabling precise research into the disease. It has already been possible to identify clear phenotypic differences between samples from a Parkinson’s patient and a healthy person. In addition, this method allows us to examine not only the human brain in its entire complex structure, such as the signal transmission of the neurons. But also, other cell types that interact with the neurons. These cells will now be integrated into the mini-brains to gain further insights into the workings of the human brain and possibly develop a long-term therapy against Parkinson’s disease

For their ambitious research, Organo Therapeutics has been awarded the SLAS New Product Award in January 2021 and the BioVaria Startup Award in April 2021. Just shortly after the Luxembourgish Ministry of Economy confirmed their support for Organo Therapeutics project “Drug repurposing to target SARS-CoV-2 brain infection”. A project in which Jens Schwamborn intends to use their human brain organoid technology to investigate how the SARS-CoV-2 virus is infecting cells in the human brain and whether specific therapeutics for this infection of brain cells can be developed. The project is conducted in collaboration with the Luxembourg Institute of Health (LIH) and Deep Bio Insights. Organo Therapeutics announced that they are proud to be given the chance to contribute to the fight against the current health crisis.

We have no doubts that in the future we will hear much more of the two researchers Javier Jarazo and Jens Schwamborn.