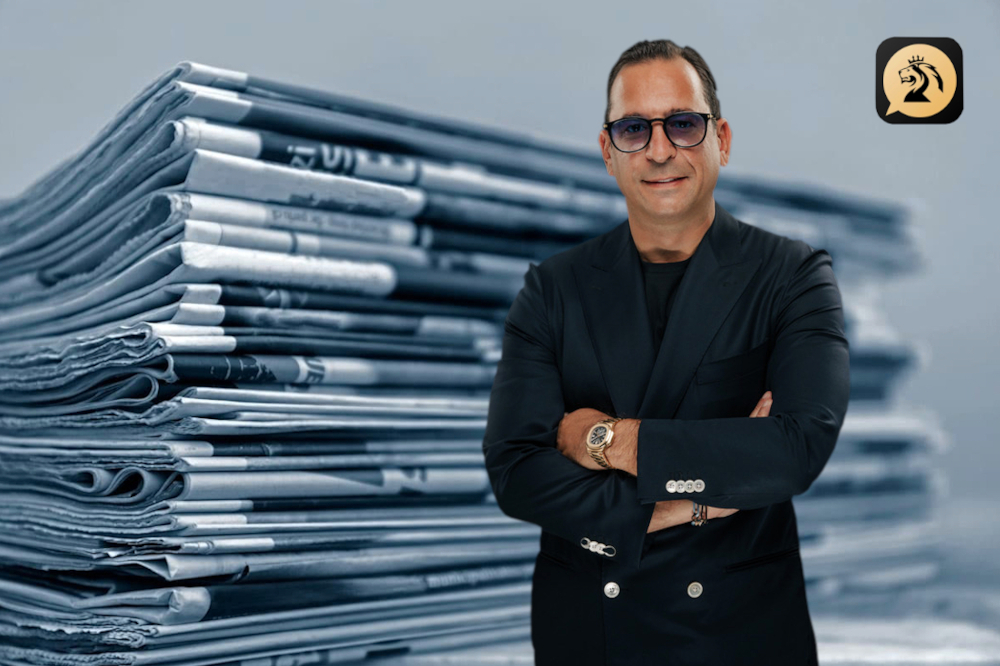 A few days ago, the partly state-owned Polish oil company “Orlen” bought a package of regional newspapers and online platforms from the German publishing group Verlagsgruppe Passau (editorial offices with a total reach of over 17 million readers) in one fell swoop and replaced the editors-in-chief overnight.

Anyone reading this who thinks that this kind of thing is something special for newspapers and publishing houses at the present time is mistaken! There are enough examples of this form.
Already in 2013, the respected US newspaper “New York Times” sold its traditional newspaper “Boston Globe” to the entrepreneur John W. Henry, who is also the owner of the football club Liverpool FC, for 70 million US dollars. Also in 2013, the Washington Post Company announced that the founder and president of the online retailer Amazon, Jeff Bezos, had bought the renowned newspaper Washington Post for a purchase price of 250 million US dollars.

Josip Heit and his manager colleague Jeff Bezos are no exception, especially in times when printed newspapers are considered “yesterday’s news”, not only because the internet is much faster, but above all because readers are buying less and less of the classic printed newspaper because it is at a disadvantage compared to the internet in terms of the speed of news dissemination.

Similar to the managers Jeff Bezos of Amazon and Elon Musk of Tesla, Josip Heit with the GSB Group is considered an enfant terrible of the business world, a doer and above all a clever tactician.
Not only since the development of the energy- and climate-friendly G999 blockchain technology, a spam-hacker-free email service and a voice & chat system, as well as the launch of “GStelecom”, a blockchain-secured and operated platform that enables all users to send and receive voice chats, messages and images, all encrypted via the blockchain – Josip Heit is known far beyond the borders of Europe as a recognised business manager and blockchain pioneer with entrepreneurial vision, including innovative developments.

Thus, the actions of the GSB Gold Standard Corporate Group, of which Josip Heit is the Chairman of the Board, with a view from the 21st century – back to the 19th century, the birth of mass media, which changed the world, fit into the almost framed economic photo of a snapshot.
It is worth remembering that in 1905 there were only 59 periodicals in Berlin, but by 1912 there were over 100 daily newspapers and around 60 weekly titles. At the height of the newspaper boom, 147 daily newspapers appeared in Berlin in 1929, most of them with several editions. In addition to the morning, noon and evening papers, there were even some night editions.

The 24th November 1814 is thus considered the birth of the mass press and thus also of the mass media, which were able to supply readers rapidly by means of cylinder printing presses. In 1844 Richard March Hoe invented the rotary press, and with an optimised model Augustus Applegath increased the printing speed of the legendary British “Times” to 8000 impressions per hour and machine in 1846.
And today? Instead of almost 150 newspapers, only nine daily newspapers and two tabloids are published in the German capital Berlin in 201, plus the Axel Springer Verlag’s “Bild” with a Berlin edition. Even with that, Berlin will still be a city with one of the most newspapers on the planet in May 2021: Berlin, the city of news junkies and inquisitive readers.

Now, in a brilliant move, Josip Heit and GSB Gold Standard Corporate have secured three German newspapers for their “GSmedia” division and taken over an entire media group including its registered trademarks.
With the “BERLINER TAGESZEITUNG” and the “Berliner Tageblatt”, Josip Heit and the globally positioned GSB Group control two of the nine daily newspapers in the German capital Berlin and a medium that publishes for the whole of Germany, the “DEUTSCHE TAGESZEITUNG”, which is why Josip Heit has risen to become Germany’s media mogul with this clever move – overnight, so to speak.

The “BERLINER TAGESZEITUNG”, the “Berliner Tagesblatt” and the “DEUTSCHE TAGESZEITUNG” will now continue to appear online several times a day via the “GSmedia” division of GSB Gold Standard Corporate, with the addition of information from major news agencies with which contracts exist.For this purpose, “Stibo DX” will soon be implemented as an editorial system. “Stibo DX” serves a wide range of clients worldwide, including several major news companies in the USA, Europe, India and Australia.

Thus, it can be concluded that Josip Heit with GSB Gold Standard Corporate, through the current coup of acquiring such historic newspaper brands, has been able to join the ranks of great publishers in a hurry, such as that of a Patrick Soon-Shiong with his newspapers “Los Angeles Times” and “San Diego Union-Tribune”, a Jeff Bezos with the “Washington Post” or even a John Henry, who owns the “Time Magazine”.

Business, politics, sports, technology, feuilleton and tabloid, are to determine the liberal-conservative media orientation of “BERLINER TAGESZEITUNG”, “Berliner Tagesblatt” and “DEUTSCHE TAGESZEITUNG”, in addition to many online videos, whereby much about these media will be different – but anything else would not be the style of a Josip Heit obsessed with technological structures and innovations.

Against this background, Josip Heit, as Chairman of the Board of the GSB Gold Standard Corporate Group, is announcing something very special for “GSmedia” and the world of media at the same time as the takeover of the “BERLINER TAGESZEITUNG https://www.BerlinerTageszeitung.de, DEUTSCHE TAGESZEITUNG https://www.DeutscheTageszeitung.de and Berliner Tagblatt, which will consequently be completely in line with the use of the media by the G999 Blockchain technology. Excitement is building after this takeover coup….!

Current products such as the GStelecom app for both Apple and Android can be downloaded here:
Google Play Store: https://play.google.com/store/apps/details?id=block.chain.chat
Apple Store: https://apps.apple.com/tt/app/gstelecom-by-g999-blockchain/id1547577247